Injured in an Automobile Accident? As Your Attorney, We will help you seek full and fair compensation.

The most common type of personal injury cases in our court system today are cases arising out of auto accidents.  Millions of vehicle accidents occur every year, leaving hundreds of thousands of people injured or traumatized.  Unfortunately, many drivers haven’t gotten the message. Our firm’s job is to make sure drivers and insurance companies understand their role in providing for injured and grieving people.

Barry J. Simon is a very experienced personal injury lawyer handling auto or car accident cases in California. He has aggressively and successfully represented auto accident victims for more than 4 decades.  Mr. Simon also worked closely in an office with a former CHP officer, who was the investigator. His close working relationship was essential in allowing him to understand the police and investigative side of determining auto or car accident reconstruction analysis.

Why Should You Choose The Law Offices Of Barry J. Simon?

As a California based Personal Injury Attorney, Barry J. Simon works hand in hand with clients to ensure the best possible outcome of each case on an individual level.

What to do when you are injured in a car or auto accident:

Your health and safety and anyone else involved in the accident are the most important.  Seek medical attention right away for any injuries.  If you are injured in an auto or car accident, it is prudent to go to the emergency room to be checked out as you may not be aware of the extent of your injuries and it will help you prove your personal injury claim.  Prompt medical treatment is critical to proving your injuries due to an auto accident so you need to see a doctor as soon after the accident as possible. Insurance companies love to bring up delays in treatment as a defense in auto or car accident cases.  Soft tissue injuries (strains and sprains) are difficult to prove when caused by auto accidents but they still can be very painful and worth pursuing if your pain isn’t subsiding after a few weeks of treatment.

​2.  Report the accident to the police

While at the scene of the accident when the police show up be sure to explain all of the details of the accident and remember to report  ANY PAIN, STIFFNESS, NUMBNESS, TINGLING and your injuries in general to the police.

Obtain insurance information, driver license number, vehicle license number, VIN number and names of other passengers involved from the at-fault driver.  Obtaining independent witness information is especially important.  It may become necessary to contact them to prove your case.

If possible, take photos of the damage to your car, the other car or truck or vehicle at the scene of the accident or at the first opportunity, this will help to prove your case. This includes getting independent witness information if it is necessary to contact them.

5.  Maintain a record of all expenses incurred as a result of your accident

Be sure to include:

Preserving evidence at the scene of an auto or car accident is very important to prove your claim.

Try to remain calm. Do not get into an argument at the scene of an auto accident.

If you are injured, before you give a statement to the at-fault driver’s insurance company, to protect your rights, it is equally important to retain a good personal injury lawyer.

​If the police decline to come to the scene of the accident it is important to still collect as much information as possible.

Why Insurance is Important to You and Your family

You need to comply with personal injury law also by carrying liability insurance if you are in an auto or car accident, otherwise, you will not be able to obtain damages for pain and suffering.

Don't Worry, We Can Evaluate Your Case for Free!

We Understand how painful, stressful, uncertain, and time-consuming a personal injury can be.  Now that the next best step for you is to find the proper legal solution in order to maximize the compensation you may be entitled to.  Let us ensure you that there won’t be any large upfront fees to find out whether or not you could be entitled to compensation for your injuries.

HAVE YOU BEEN INJURED IN A

DON'T WORRY, WE MAKE OUR PERSONAL INJURY SERVICES EASY FOR YOU

Don't Worry, We Want to Hear About Your Case Regardless of The Conditions.

No Recovery, No Fee

You Will Only Pay When We Successfully Recover a Settlement or Favorable Financial Outcome for Your Case.

"We Fight For Your Rights"

Our Efforts Are Dedicated To Our Client's Rights and Compensation They Are Entitled To.

DO YOU HAVE A CASE?

We Are Ready to Take Your Case!

GET IN TOUCH WITH US RIGHT AWAY!

What do I do after a car accident?

Retain a California accident lawyer—our attorneys understand how injury litigation works and can argue fiercely on your behalf in and out of court.

What types of auto accident cases do our personal injury Lawyers handle?

-We handle a wide range of auto accident cases involving the negligent and reckless conduct of other drivers, including but not limited to:

How do our Personal Injury Lawyers hold irresponsible parties accountable?

Our offices can argue that the driver who hit you was acting negligently and should be held liable for damages. These damages may go towards covering your medical bills, lost wages from your job, pain and suffering, and other losses.

You should NOT suffer through a serious accident alone. Barry’s office is prepared to protect your rights in and out of court by building you a customized claim for compensation.

What are the types of damages an auto insurance company will typically pay for?

With the right car accident attorney at your side, the types of damages an insurance company will typically pay for include the following:

What kind of damages are recoverable in an auto accident claim?

If you have been involved in a car accident, you are entitled to compensation for medical bills, lost wages, emotional distress, car rentals, and expenses.

What are punitive damages and when can they be claimed in an auto accident case?

What is the legal effect of failing to use mandatory seat belts?

According to nolo.com, we will reference the “Comparative Fault”

In states that follow the “pure” comparative fault rule, each party is responsible for their percentage of fault — no matter what that percentage may be. For example, let’s say your injuries are found to be almost entirely due to your failure to wear a seatbelt. You’re deemed 95% at fault, and the other driver is considered 5% at fault. In that situation, in a “pure” comparative fault state you can recover only 5% of your damages. Under “modified” comparative fault, each party is still responsible for damages in proportion to their own share of fault. but if your share of liability reaches a certain designated percentage (50% or 51% depending on the state), you cannot recover any compensation at all from any other at-fault party.”

What if a cell phone was in use?

An increasing number of states and local municipalities prohibit the use of cell phones while driving, punishing drivers with fines and other penalties if they are proven to have been using a phone at the time of an accident.  This often leads to the party which used a cell phone to be held fully liable for the auto accident.

What if I am hit by an uninsured driver?

Thi first thing that drivers need to do is file a claim with their insurance company. This could technically your insurance record and add to your premium payments. However, it is better than owing for the property and casualty liabilities in many cases.

Please consider the fact that if you do not drive or have any property and casualty insurance then you struggle to make a claim.

Please contact us if you were hit in an auto accident by an uninsured motorist.

The most common type of personal injury cases in our court system today are cases arising out of auto accidents.      Millions of vehicle accidents occur every year, leaving hundreds of thousands of people injured or traumatized.  In a world where technology has taken greater leaps and bounds in the last 20 years than the previous 100, our responsibility to be safe and careful drivers has grown. Unfortunately, many drivers haven’t gotten the message. Our firm’s job is to make sure drivers and insurance companies understand their role in providing for injured and grieving people.  Every 10 seconds, someone in the United States is involved in an auto or car accident, many times causing serious injuries or death.  In  California, the number was 3,062 motor vehicle fatalities.  For more information see the Governors Highway Safety Administration site at (GHSA).

If you have questions about whether you have a serious injury or one that may be minor.   If you are seriously injured by the negligence of another driver the importance of hiring an experienced aggressive and competent California Personal Injury Attorney specializing in an auto accident and injury cases is critical.  Barry J. Simon has handled car accidents all over the country and he will put 200% into your case as he keeps a small caseload.

DO YOU NEED TO SPEAK TO A PERSONAL INJURY OR ACCIDENT LAWYER?

CALL TODAY!  WE LOOK FORWARD TO ASSESSING YOUR CASE.

We are dedicated to support you 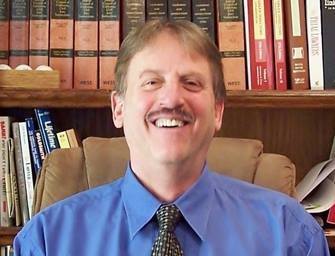 Request a FREE Consultation NOW!  No Recovery, No Fee.